Scuba diving is a spectacular sport in itself as it comes with a plethora of choice when it comes to location. Diving spots can be found all over the world, so many of them that the number of options might be overwhelming.

There are many factors you should consider including your interests, the marine life you would like to see, the type of diving you prefer, your proficiency in scuba diving and even other activities such as local culture or tourist sights.

The time of the year you are planning to travel can also influence your decision. Diving spots around the world offer different experiences depending on the season you are visiting.

Some sites, especially the ones in the tropical area are the best during the winter months, while in the northern hemisphere it is best to dive during the summer. Fear not, you can always get a bit of help with deciding where to dive.

This article is a list of stunning diving spots all around the world if you got stuck with planning your scuba diving holidays. The diving spots are listed below sorted by continent and tell you what to look for.

Komodo National Park in Indonesia is famous for the Komodo dragons. However, it might be less well known that it is an amazing diving spot with loads to see as well. It has shallow waters which are great for visibility and strong currents which make the area a great place for a drift dive.

The best time for diving is between March and October and the highest visibility is between November and January which makes it a perfect spot for a winter getaway. You can find stunning wildlife in the water including manta rays and schools of barracuda. And of course, if you are there, visit the National Park to see the famous Komodo dragons.

Labuan Island in Malaysia is great for wreck diving. Brunei Bay has four main wrecks, two World War II. wrecks, the 'Cement Wreck' and the 'Blue Water Wreck' and two others, the 'American Wreck' and the 'Australian Wreck'. If you are an experienced diver, make sure to enter the wrecks as well, as the marine life inside is even more breathtaking.

Sipadan Island is a spectacular place for diving, mainly because of its marine life. You will be able to find several schools of barracuda and many sought-after species of pelagics. This is also the place where hawksbill turtles mate. The marine life is unbelievably diverse which was also praised by Jacques Cousteau.

The only downside to Sipadan is its tempestuous history (a territorial debate between Malaysia and Borneo) and the pirate attack on tourists and resort staff in the early 2000s which is why the island often is not recommended for travel, but if you prepare yourself wisely, you can have an unforgettable diving holiday here.

The Baa Atoll in the Maldives has an amazing marine life which is why it is worth a visit. When diving you can come across whale sharks, green turtles and manta rays. If you also do underwater photography the Baa Atoll is even more recommended as you can also find honeycomb moray eel which is a stunning photography material.

The best time to visit is between December and April during the dry Northeast season (the Maldives have two seasons, the Northeast Monsoon and the Southwest Monsoon that got their names from the direction of the wind) as you get the highest visibility underwater in these months.

C﻿﻿hec﻿﻿k out ﻿﻿﻿some of the best diving destinations in Asia for beginners﻿﻿﻿.

Cocos Island in Costa Rica is a national park which means divers cannot find accommodation there and the 20 diving sites of the island have to be approached on liveaboards.

However, this spot is perfect for diving especially if you are looking to dive with sharks. You can find, among others, white-tip reef and hammerhead sharks – very often nearly a hundred of them at a time – Galapagos, guitar and tiger sharks too.

You can also encounter , marble, manta and eagle rays. Bear in mind, you can only dive here is you already have vast experience in scuba diving.

Ambergris Caye in Belize got its name after the several mangrove-covered islands called 'cayes' that you can find in the water just off the mainland. It is famous for the Blue Hole which is a 350ft deep circular hole that you can dive into.

Apart from this, the rest of the spot has shallow waters which are very clear and the visibility is very high as well, which is one of the distinguishing features of a good diving spot. The marine flora is outstandingly diverse and you can also come across several species of shellfish. In terms of marine life, you can see rays and hammerheads among others.

Little Cayman is the sister island of the Cayman Islands near Cuba. The island has several diving spots which make it a great place for a holiday as you can around the entire island if you have enough time.

Monterey Bay in California is home to a stunning underwater kelp forest which has become a popular scuba diving spot. The kelp can get dangerous as it is easy to get lost and tangled, you can only dive with a guide and if you have experience. You will also need a drysuit as the water is very cold for most of the year.

Diving Locations in Australia and Oceania

When you dive at the Tiputa Pass, you will have to let yourself being carried by the currents in the area, otherwise, you might end up out in the sea. Apart from drift diving, the spot is popular because of the marine life that includes hammerhead sharks, stingrays (mostly in January and February) and gray pelagics. The site is mainly recommended for divers who are interested in shark diving.

Truk Lagoon in Micronesia is one of the world`s largest underwater museum. It is the home of a sunken Japanese fleet that still has everything inside as it was before it sunk, including airplanes, tanks, skeletons and everyday items.

The lagoon has more than a hundred wrecks, most of them from World War II. The water is very warm because of the area's tropical climate, which resulted in incredibly diverse marine life and transformed the wrecks into artificial reefs.

The water is also shallow and that makes many of the wrecks visible even while snorkeling. Thanks to its novelty it is a very popular spot, which means liveaboards fill up very much in advance, so make sure you book yours on time.

Kimbe Bay in Papua New Guinea has beautiful seamounts, seagrasses, mangroves, coral reefs and great marine life. You can see whale sharks, dolphins, sea turtles and other species of sharks. You can also find 76% of the world's coral species in the bay.

The coral reefs are mostly undamaged by human activity due to serious policies prohibiting touching during diving trips. The country's vast cultural heritage make it an ideal holiday spot if you are not planning to dive every day as well.

Magnetic Island is in the Queensland area in Australia and if you visit the country, definitely include this diving spot as well as the Great Barrier Reef. It has the wreck of S.S. Yongala which is full of marine life so it is your place if you are interested in wreck diving.

Another plus is the warm waters that are about 23C degrees during the winter and 28C degrees in the summer normally. While wreck diving is available for experienced divers only, the site is also a great place to learn to dive, as the island has many shallow that are easy to and it has several diving schools that offer beginner classes for cheaper than anywhere else in Australia.

Ras Mohammed National Park has a diving spot which is drastically different from most others. It has the wreck of a sunken cargo ship with everything that it carried which means hundreds of sunken toilet bowls.

It may not be your traditional dive with pristine marine life, but loads of great photos are guaranteed. This does not mean however that there is no marine life here at all.

The Yolanda Reef (which was named after the sunken cargo ship) is home to gray and blacktip reef sharks and species of pelagic such as barracudas and trevallies.

Another advantage of the Ras Mohammed National Park is that it is only located an hour away from Sharm El Sheikh, one of the most popular tourist destinations in Egypt.

Sharm El Sheik offers many great resorts and hotels and loads of day trips and cultural activities as well if you are not planning on diving every day.

Silfra in Iceland is probably diving spot on Earth. Here you can dive between the American and Eurasian continental plates.

To add to the pleasure the place has very high visibility as it has the clearest water on Earth (it is about 2/3 rain water and 1/3 glacier water) which means most of the time you can see through the entire long crack.

The water has a constant temperature of 2-4C degrees throughout the whole year. It never freezes which makes diving possible at any time of the year but it is the most enjoyable in the summer months because of the sunshine.

It is also a very good place to try out and learn dry suit diving if the fascinating sights it offers would not be enough. Cave diving is also available in the area. It is not the easiest place to though which means you must dive with a guide when diving here.

15. The island of Arran, Scotland

The island of Arran in Scotland is a great place to dive because the water is very clear. You can also come across a lot of seals which is quite exceptional while diving, not to mention that they are most of the time very friendly.

Unfortunately, the presence of seals means diving might sometimes get dangerous around here as there are orcas in the area hunting for seals and may easily mistake for them.

The island is very small which makes it necessary to book everything in advance if you decide to visit here for a scuba diving holiday. Diving is available all year around on many diving spots.

The island does not have resorts and only a few hotels and in general, the best idea is to rent out an apartment or a holiday cottage where there is no staff present, as these are usually high-quality and also very cost-effective.

Most of the time you would dive from a boat here because of difficulty to access the shores, but there are sites for shore diving as well.

The best awesome holidays are where you can experience the culture of foreign countries and visit their exotic dive spots. Remember to bring along a scuba BCDs that you can easily bring along while you are flying.

Where is the most exotic dive destination that you have been to and feel that you are probably the first?  Share with us your adventures, we love to hear from you. 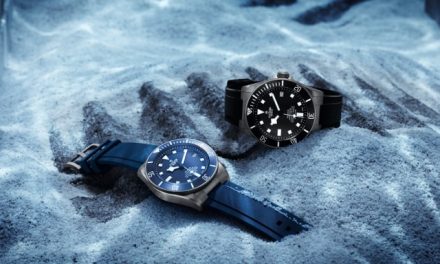